Someone once said that holding bitterness and anger against another is like drinking poison, hoping the other person dies. Anger that is allowed in our hearts often grows deep roots of bitterness. It can also lead to extreme self-hatred and dysfunction.

Anger against ourselves is typically a delayed reaction after abortion. Some quickly arrive at emotions of self-hatred, particularly if they saw their unborn child on an ultrasound screen before they died.

Others can spend many years blaming others. If they were FORCED to abort by the baby’s father, their parents or others, then the abortion guilt may not rest completely on their shoulders.

For most who spent time in denying their abortion responsibility, a day can arrive when they realize they too are responsible for the death of their child. That can be an overwhelming understanding. God’s conviction opens our eyes to the truth of our actions in His perfect timetable.

Let me say this clearly – abortion is something that God hates. That truth is found in Proverbs 6:16-19:

There are six things that the Lord hates, yes, seven which are an abomination to Him: haughty eyes, lying tongues, hands that shed innocent blood, a heart that devises wicked plans, feet that run rapidly to evil, a false witness who utters lies, and one who spreads strife among brothers.

Take a minute to look back on your abortion experience, considering the seven sins outlined above:

Haughty Eyes – Merriam-Webster defines “haughty” as “blatantly and disdainfully proud.” It is used in the Bible as the evil sense of “arrogant, disdainful and setting oneself above others.” This is often set in contrast to being humble. Maybe you did not proudly enter an abortion clinic and aborted based on your, “right to choose.” Perhaps you were forced to abort by others who struggled with pride – like parents who did not want anyone to know about the unexpected pregnancy? How did pride impact your abortion decision?

Lying Tongues – Abortion decisions are typically covered in lies. The abortion industry itself lies constantly, as outlined in the blog post below entitled, 8 Lies of Abortion.  Most of us chose abortion to cover up the fact that we were no longer virgins – or that we were unfaithful – to protect the family honor in our society, etc. Did you lie either before, during or after your abortion? If so, record a list of these lies you told in your journal.

Hands that Shed Innocent Blood – Obviously, an abortion involves the direct shedding of an innocent child’s blood. The abortion industry makes their living shedding innocent blood! In allowing these abortion providers to take our unborn child(ren) out of our wombs, we also shed innocent blood. List in your journal anyone else that was involved in shedding the innocent blood of your child(ren).

A Heart that Devises Wicked Plans – In making and completing the plan of abortion – whether you realized it then or not – you were devising the most wicked plan ever. To take a child’s life away from them is obviously wicked. Record in your journal any names of individuals who encouraged your abortion.

Feet that Run Rapidly to Evil – While you may have had no idea that abortion clinics were providing the most evil service of all, you still ended up in there. You may not have had it in your heart to commit evil – due to the “blob of tissue” description of your child – evil was still accomplished. List out other ways that you ran to evil after your abortion. This could include a list of the sins you committed after your abortion.

A False Witness that Utters Lies – The abortion industry lies constantly. We expect their lies. Others also lied to you. The list of liars could include other post-abortive women who told you that abortion was a good choice. So, in your journal, list those individuals that lied to you about abortion.

One who Spreads Strife Among Brothers – After my abortion, I worked for a pro-choice candidate and encouraged a friend to abort. In this way, I spread strife by encouraging abortion as a good decision. My boyfriend also spread strife by holding me hostage to my abortion truth. How did you spread strife among your friends and family after your abortion? Record instances in your journal where you may have encouraged abortion or had someone else cause you strife over making this choice.

Pause now to begin looking at your anger – Don’t expect the release of anger to come all at once. Give yourself time to pray, reflect, and release the anger. The healing will come in time. Then answer these questions in your journal: 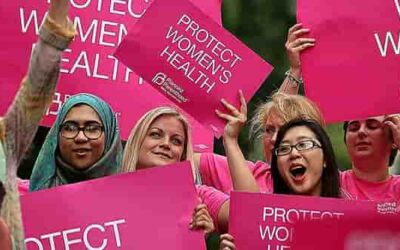 I am a murderer by all definitions. By my choice, a human being was destroyed. Because of the legalities of this choice, I will serve no time in prison. But that does not mean I do not carry the weight of this sin. At the time, I was offered the fake news that...

END_OF_DOCUMENT_TOKEN_TO_BE_REPLACED 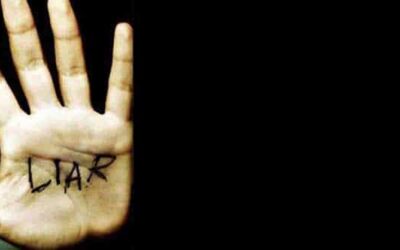 Abortion seemed like a lie worth believing when I discovered my unplanned pregnancy in my local Planned Parenthood office at 19 years of age. The falsehoods Planned Parenthood sold to me that day would reverberate in my life forever. Sadly, I bought their well... 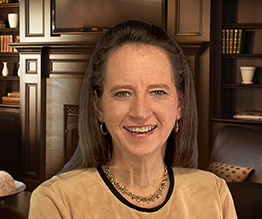 Hello, I am Sydna Massé Founder and CEO of Ramah International. I'd love to keep in touch and include you in our prayer chain as we continue to serve abortion's wounded and those considering abortion.

Please sign up to receive email updates, training information, specials on resources, and much more!